In the widespread use of Natamycin in food preservation, no health concerns have been raised by consumers. This fact is supported by numerous safety studies - reviewed by independent authorities – which show no negative impact on human health. Furthermore, Natamycin helps to protect consumers from potentially harmful mycotoxins that have been linked to a variety of adverse health effects.

Molds are able to produce toxins called mycotoxins, which are harmful to human and animal health. In scientific research, mycotoxins have been found on a wide variety of foods such as cheese and bread. The application of Natamycin for food preservation reduces the risks related to mycotoxin exposure.

History of safe use

Natamycin has a long history of safe use as a natural mold inhibitor in cheese, meat, and later, other food products. In 1967 Natamycin was approved worldwide as a food additive to be applied on the surface of (specific) cheese(s), preventing the growth of unwanted molds and yeasts. In addition, it is also permitted on the surface of specific sausages, or for use in fruit juices or pastries in some countries. In the United States and in Canada, the use of Natamycin has been allowed on shredded and grated cheeses since 1982.

Research has shown that even with a very high consumption of Natamycin-treated products, it is hard to surpass any precautionary safety levels. The Allowed Daily Intake (ADI) of Natamycin was determined by the World Health Organization at a maximum 0.3 mg/kg bodyweight/day to ensure safety. This is the equivalent of one person (weighing 75 kg) eating more than 7 kg of cheese with rind every day during his/her lifetime. Other exposure studies confirm these findings for multiple food groups, even if eaten in high quantities.

Some organizations are concerned about fungi resistance, although most controversy revolves around resistant bacteria (Natamycin has no effect on bacteria). In 2012 the German Federal Institute for Risk Assessment (BfR) issued a statement that they follow the conclusion of the European Food Safety Authority (EFSA) and have no concern on health issues with Natamycin. However, since Natamycin is used in medical treatment, they do not support extending the use of Natamycin beyond currently approved food applications. In their view, an extension might potentially lead to resistance in fungi. This would consequently lead to less effective topical treatment of fungi infections if Natamycin was used.

This BfR opinion is a reaction to consumer questions rather than based on new evidence or recent risk studies. Currently there is no evidence that suggests that Natamycin on food contributes to resistance in fungi. This position is, for instance, supported by EFSA. In their 2009 safety assessment EFSA concluded that “there was no concern for the induction of antimicrobial resistance”.

A more recent and extensive literature study carried out by the Netherlands Organization for Applied Scientific Research (TNO) in 2012 came to the same conclusion. After reviewing more than 60 studies, no evidence could be found that links the use and consumption of Natamycin to acquired resistance of fungi. 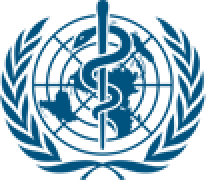 The 2002 World Health Organization Food Additive Series: 48: concluded that “the negative results in studies of acquired resistance indicate that selection of Natamycin-resistant fungi is not an issue”.